Are You Wishcycling? How Aspirational Recycling is Doing More Harm than Good 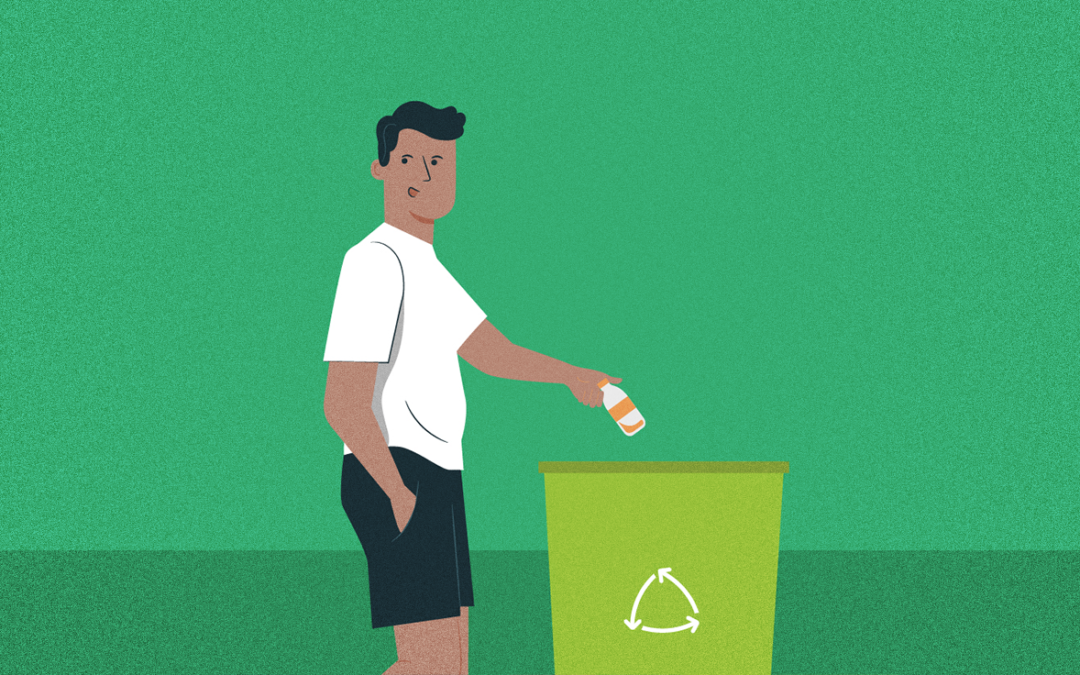 For the recycling industry, wishcycling is a nightmare. Waste that isn’t properly separated and cleaned requires extra labor and can contaminate the entire recycling stream. That way, even when someone is aspiring to be good, they end up creating even more waste.

In this article, we will discuss what Wishcycling is, why it’s bad for recycling, and how to put a stop to it.

Wishcycling is the practice of putting things in your trash and expecting that they will be recycled even though recycling rules clearly state that they wouldn’t. Some people call it “aspirational recycling” because they are hoping or assuming that something is recyclable when it isn’t.

What Makes Wishcycling Bad for the Environment?

What makes wishcycling bad for the environment is that most people don’t know what should or shouldn’t be recycled. They dump recyclables with nonrecyclable items, which contaminates the recyclables. Contamination reduces or eliminates the quality of the materials and most of it ends up in landfills. Katie Tyson Higdon, the COO, and co-founder of Hive said:

How is Wishcycling Harming the Recycling Industry?

Did you know that according to the EPA, 75 percent of our waste stream can be recycled? However, only 32 percent is actually recycled. This has less to do with people not wanting to recycle and more with recycling being done the wrong way.

People are confused about what should and shouldn’t be recycled and end up mixing recyclables with non-recyclable items that they think to belong together. For example, many people assume that recycling and composting are the same things while they are not. When we mix recyclables with compostables, we end up contaminating the entire waste stream.

Wishcycling leads to a waste of time, money, and resources, so much so that it poses a serious threat to the recycling industry. Our waste stream is processed at a material recovery facility (MRF), but no two MRFs are the same. Adding items that cannot be recycled to your recycling stream means that nothing gets recycled until the equipment runs again.

Shutting down and restarting the process is not just expensive but happens way too frequently. If recycling becomes too uneconomical, local governments will start rethinking it. Sorting our waste properly is the best way to keep recycling affordable.

Why are People Wishcycling?

What do we do when they don’t know the answer to something? Go with our best guess and it usually works, but not when it comes to recycling. The Pew Research Center found that about 59 percent of Americans believe that most items can be recycled and that their miscellaneous recyclables are sorted efficiently later. Unfortunately, going with your best guess is the worst way to recycle.

If you’re uncertain about what to recycle, then dig a little deeper and start sorting your waste stream efficiently in the first place. Don’t wish for the recycling facility to sort the waste for you, because it’s likely contaminated and will end up in the landfills.

How to stop Wishcycling?

The biggest reason behind wishcycling is the lack of proper recycling education. And the best place to tell people what to put where is right is when they’re about to dispose of something.

Smart bins like TrashBot can help educate people on recycling by showing relevant information on their built-in screens. Each TrashBot comes equipped with a built-in content management system and screen that can be used for advertisement or to educate the public about recycles.

What makes recycling more confusing is the different recycling rules in different parts of the world. In every region, the recycling rules are slightly different, which is why it’s important to learn your local rules and guidelines given by authorities. That way, you will know what can and cannot be recycled and bring yourself one step closer to stopping wishcycling.

Even putting the right items in the recycling bin can go in vain if everything is not clean and dry. Dirty items can contaminate other items in the bin, which decreases or eliminates the value of recyclables. Before putting anything in the recycling bin, make sure that your recyclables are clean and dry. Anything greasy or oily will ruin the whole batch and it will all go to waste.

The golden rule of recycling is to put anything that you’re unsure about into the trash bin. That way, you will be avoiding wishcycling and saving the whole batch from being destroyed.

Finally, recycling is just one step towards saving the environment. The best way to move forward is by reducing the amount of waste that you generate in the first place. Start using reusable items and avoid using disposable items that create more waste.

Stopping wishcycling is as simple as putting the right item in the right bin. Here are five things we often get wrong that you can stop today.