Are Humans the Biggest Barrier to Recycling? How Does AI Help? 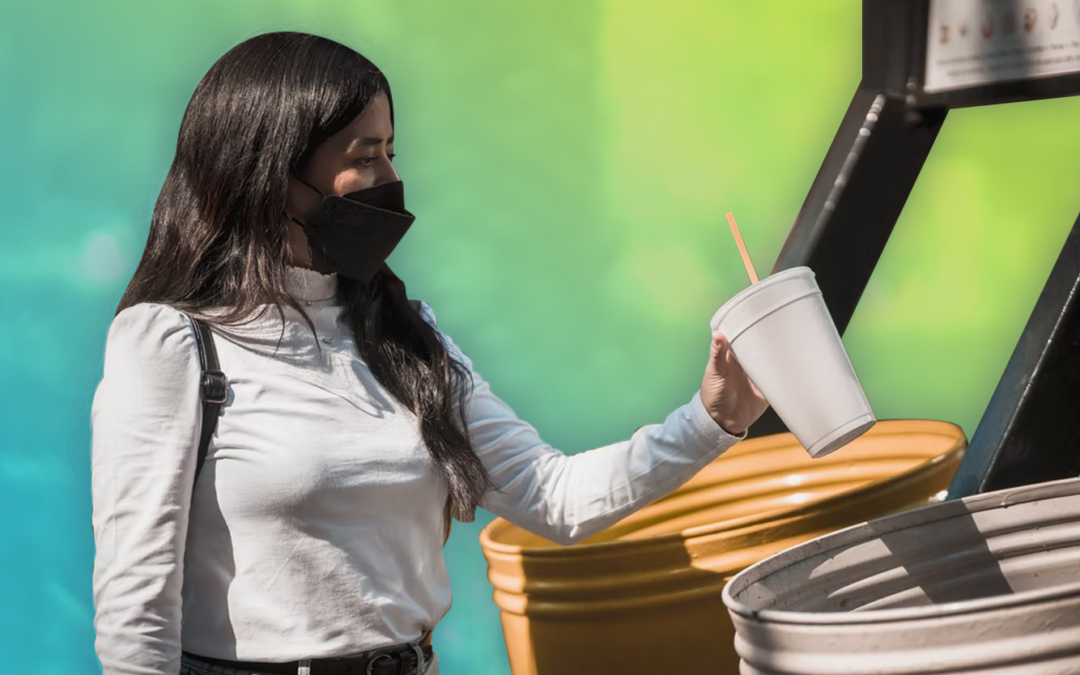 Plain and simple, humans are one of the greatest barriers to recycling, and it can be blamed on the gap in education. According to the EPA, US recycling rates have been in decline, from 34.7% in 2015, which dropped in 2018 to 32.1%. The rapid drop shows the limited awareness and knowledge of recycling among the population. Our limited recycling education blurs the decision-making process in separating recyclables from organics and landfills at the time of disposal.

According to the Institute of Scrap Recycling Industries (ISRI), 66% of Americans would not bother to recycle a waste item if it isn’t easy to do so. Thanks to recent implementations of technology, smart recycling can be an effective solution to limited recycling education and the “going-the-extra-mile” issues of the general public. We must continue to spread awareness on recycling education while leveraging smart technology such as Artificial Intelligence (AI).

AI is the future of recycling as it provides efficient solutions to our many recycling problems, including waste diversion, recycling education, and following recycling rules while disposing of waste. In this article, you will be able to find two core parts; first how humans are the biggest barrier to recycling, and secondly the solution to the problem: How AI can effectively help humans in recycling.

Why are humans the biggest barriers to recycling?

The general public is no expert when it comes to recycling, and we can’t assume that the average person has enough recycling education for decision-making. We have enlisted the top mistakes humans make, which make them the biggest barriers to recycling.

According to New York Times, humans consider plastic bags, dirty diapers, oily takeout containers, greasy pizza boxes, yogurt cups, and disposable cups as recyclables, and they put these items along with recyclables, leading to recycling problems. The list of non-recyclables goes on and can include solid plastic bottles, bubble wraps, potato chips bags, and so on.

Conventional coffee cups cannot be recycled as they often are plastic-coated; nevertheless, some elements (such as cardboard sleeves, bio paper, sugarcane bagasse, bioplastic, etc) can be recycled.

Humans have behavioral issues when it comes to recycling. They often are not 100% sure about whether a certain product is to be placed in either a recycling bin or not. The uncertainty sometimes causes recycling contamination, and it feeds the phenomenon known as “aspirational recycling.” Aspirational recycling means that a human feels that a certain product should be recycled, and they throw it in the recycling bin, thinking that if that product is non-recyclable, it will find its way out of the recycling plant.

The statistics related to waste are alarming for humankind. It’s time to utilize advanced resources and technology to not only recycle the recyclables but also save them from being contaminated due to the presence of non-recyclables.

According to National Geographic, every year 91% of plastic does not get recycled. While considering this grave problem, anyone can assess that this percentage is high due to the lack of recycling education among humans and limited use of smart recycling. Recycling education can also be spread with AI apps such as Consciously Aware, and smart bins such as TrashBot. You can read more about recycling and its related hot topics here.

Furthermore, the use of AI makes the lives of humans easy because they do not have to go out of their homes to gain recycling education. Also, they do not have to memorize the recyclable and non-recyclable materials. Smart recycling in the form of TrashBot has done all of the heavy-lift for the humans at bigger places such as airports, stadiums, and hospitals. These places produce a massive amount of garbage every day, and TrashBot makes the recycling process easier as it is 3 times more accurate than humans at the time of disposing of the trash.